Are Florida Storms Getting Worse? A Historical and Economic Glance at the Effects of Florida Hurricanes 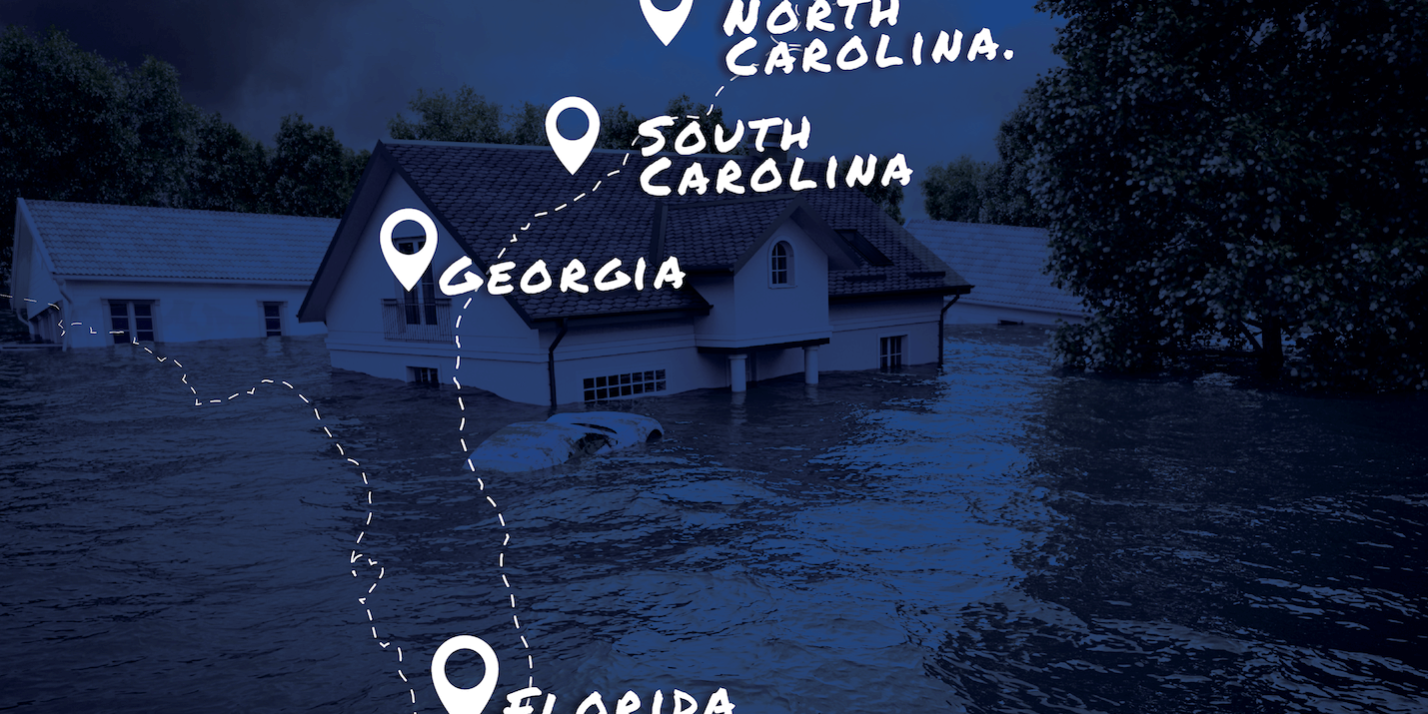 Are Florida storms getting worse? What has been the effect of Florida storms and hurricanes? Among having the Everglades, being home to the manatee and supplying a job market for mermaids, Florida also enjoys the unique distinction of being the target of more storms than any other state in the country. More storms have hit Florida than any other state, and since 1851 there have been only eighteen storm seasons to pass without a named storm impacting the state.

The cumulative impact from Florida storms is $141 billion. There have been 10,000 deaths.

Florida storms are a major factor in our state and if you live in Florida, it is guaranteed that you will be impacted by Florida storms.

Here is a look at some of the most memorable of Florida storms and their impacts:

The Labor Day Hurricane: One of the most unpredictable of Florida storms

This infamous Florida storm passed through the Bahamas as a small unnamed storm in In August of 1935. But by the time this storm reached the Florida Keys it had become a major devastating category 5 hurricane.

No one predicted this Florida storm would strengthen as it did.

The Labor Day Hurricane, as it became known, killed more than 400 people, leveled buildings in the Keys, and destroyed roads and other infrastructure.

The most lasting lesson of this hurricane is that Florida storms are unpredictable.

Hurricane Donna – A Florida storm that wouldn’t go away

Donna has the distinction of being the only hurricane among Florida storms that affected every state along the United States east coast. Florida however, received the most damage from this 1960 storm.

Andrew blew into South Florida directly from the Atlantic as a Category 5 hurricane with sustained winds of 165 miles per hour and gusts up to 177.

Andrew also caused a 17-foot storm surge and wiped out the Miami suburb of Homestead.

The United States suffered losses of $26.5 billion, the majority of which occurred in South Florida.

This Florida storm also led most major insurance companies to flee the state and resulted in the creation of the state-owned insurer known as Citizens.

Charley was a category 4 Florida storm with winds of 150 mph.

Charley was originally forecast to make landfall in the Tampa Bay area, but defied forecasters and made a turn to the east.

This storm was the first and strongest of four Florida storms to hit Florida in 2004.

Charley caused 10 deaths in the United States and about $14 billion in damages.

Frances moved across the state into the Gulf before returning to the state and making a second landfall as a tropical storm.

Florida Storms of 2004: Hurricane Ivan – Just eleven days after Hurricane Frances, on September 16, Hurricane Ivan struck the eastern most part of Alabama, and caused extensive damage to Alabama and the Florida panhandle with winds up 120 mph.

This Florida storm moved north over the southeastern United States and into the Atlantic. The storm re-strengthened to a tropical depression, turned back to Florida and made another pass over South Florida.

Ivan eventually moved back into the Gulf of Mexico and made its last landfall in Louisiana.

Ivan was one of the deadliest of Florida storms claiming 92 lives and causing 13 billion in damages.

Jeanne eventually made landfall as a category 3 hurricane on the southeast coast of Florida.

This Florida storm travelled through the southeastern United States and caused more than $6 billion in damages.

Hurricane Wilma: A relatively late season Florida storm, Hurricane Wilma made landfall near Naples and stayed strong as she moved straight across the state. When Wilma entered back into the Atlantic she was still a category 2 hurricane.

Wilma caused about $15 billion in damages in Florida.

Hurricane Irma is one of the most destructive of Florida storms in recent memory and many residents are still dealing with its effects.

According to the National Oceanic and Atmospheric Administration, Irma caused:

Hurricane Michael and hurricane Florence caused tremendous damage to the East cost of the US. While Florence affected North and South Carolina, Hurricane Michael dumped its wrath of rain and brutish wind on North Florida and parts of Georgia. Here’s the damage:

Florida Storms of 2018: Hurricane Michael – According to Vox: The floodwaters are finally starting to recede from Hurricane Florence, a storm that dumped upward of 35 inches of rain in places and more than 10 trillion gallons across North Carolina, South Carolina, and Virginia. The storm was a 1,000-year rain event, damaging thousands of structures, including toxic animal waste containment sites, which sent bacteria and hazardous chemicals into the water. At least 50 people died as a result of Florence and damages estimates run as high as $22 billion.

What to expect from Florida storms in 2019?

The 2018 hurricane season runs from June 1,2018 to November 30, 2018, and forecasters are predicting above average storm activity.

While the official 2018 Hurricane Season forecast from NOAA isn’t made until May of 2018, forecasters are predicting 15 tropical storms, seven hurricanes and three major hurricanes.

One thing is certain, Florida storms are a fact of life for Florida residents. Be prepared, have a plan, execute it early. Stay informed and we will all make it though another year of Florida storms and call Bulldog Adjusters for a free inspection on your home damage!

Company and adjuster who came over the house was great and professional. They went through everything in the house, places the bank never did. They help through all the way in the process. Definitely will recommend them.
END_OF_DOCUMENT_TOKEN_TO_BE_REPLACED

Just want to acknowledge the great work done by everyone with my Insurance Claim. Everyone was so helpful and did an amazing job from start to finish. I Highly Recommend this company and would Refer them to anyone.

Very professional company. Dealt with insurance company so much better than we ever could and we got our money with no issue. Well worth the cost

Great experience! Staff was always helpful & they did all of the footwork & my claim payment was more than I ever expected. I would definitely use their services again.