7 Most Likely Sinkhole Areas In Florida 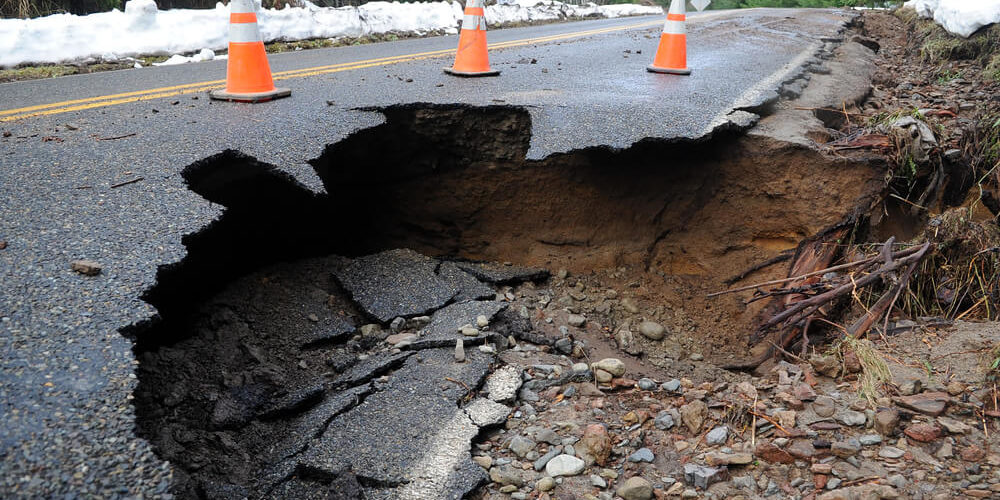 Sinkhole Areas in Florida and What is a Sinkhole?

At its most basic, a sinkhole is a depression or hole formed when there is some type of collapse or depression of the surface layer of the earth.

Serious sinkholes can destroy entire houses and even neighborhoods. But even when they’re not as severe, sinkhole depressions can cause a lot of problems for homeowners – cracks, plumbing problems, foundation problems, slab leaks and more.

1. Middle of the State: A Hotspot for Sinkhole Areas in Florida this Year.

While the middle of the state hasn’t historically had such a problem with sinkholes, the issues are growing. This area has been making national news recently when at least a dozen sinkholes opened in an Ocala subdivision, draining an entire retention pond and forcing the evacuation of the families.

The Ocala area has long been susceptible to sinkholes, but there hasn’t been much development in the area. But like every part of Florida, development is growing and now there is more at risk. As more people move to the Ocala area, Central Florida becomes one of the worst sinkhole areas in the state.

2. Karst Regions: A Funny Name for Sinkhole Areas in Florida

Karst is a type of geography that gives way to sinkholes. It is very common in Florida and other parts of the country such as Kentucky.

Karst is formed when soluble rocks such as limestone are eroded by water. The result is a topography with ridges, caves and sinkholes. Karst areas also contain aquifers. Florida is home to the Floridan aquifer which is one of the largest water producing aquifers in the world.

3. Sinkhole Alley: One of the Worst Sinkhole Areas in Florida

There is a part of Florida known as sinkhole alley. It is one of the worst sinkhole areas in the state. The area is primarily made up of Pasco and Hernando counties – the leading counties in reported sinkholes.

Spring Hill, located in Hernando County, made national news in 2014 when a sinkhole swallowed up a neighborhood street. That sinkhole grew to 125 feet wide and forced four homes to be evacuated.

Just the year before, a 2013 sinkhole claimed the life of Jeff Bush when it opened under his bedroom. The county purchased that property as well as the home next to it to make sure no other residents were in danger.

Not all sinkholes are as devastating, but the area known as sinkhole alley generates two thirds of the sinkhole claims in the state.

4. Sinkhole Areas in Florida and the East West Divide.

It has to do with where the sinkhole alley is located – primarily the middle and western counties of Florida are some of the most likely areas of the state to experience sinkholes.

That’s due to Florida’s geology. The peninsula is made up of carbonate rock which can dissolve over time with water.

There are some triggers – heavy rains, drought, and manmade activities such as excavations, pumping and drilling

5. Prior Sinkhole Activity can indicate one of the likely sinkhole areas in Florida.

If you have dealt with a sinkhole before, it is likely you will have to deal with it again. Sinkholes have a habit of reopening even after they have been remediated.

So prior sinkhole activity can mean you are in one the of the likely sinkhole areas in Florida. If you are considering buying a sinkhole home, do your homework. Look for damage and check the neighborhood for other signs of sinkhole activity.

It’s no secret that the Sunshine State is growing by leaps and bounds. Low taxes, a nice climate and a good job market are causing the population to skyrocket. Florida is now one of the fastest growing states in the country.

Developers are racing to keep up with the demand for new homes. Al of this means more people can be affected by sinkholes.

With more of the state covered by homes and businesses there are higher chances these homes and businesses could be impacted by a sinkhole. So, if you are in an area with a lot of new growth – particularly Central Florida and the Tampa Bay area, you are likely to find yourself in one the of the most likely sinkhole areas in Florida.

7. Hope for the Most Likely Sinkhole Areas in Florida.

Now you know some of the most likely areas for sinkholes in Florida. But don’t despair. Most sinkholes are not catastrophic or life threatening.

Also, the Florida Department of Environmental Protection is working with NASA on technology that could monitor changes in the state’s terrain and hopefully predict sinkhole areas in Florida before the damage is done.

Company and adjuster who came over the house was great and professional. They went through everything in the house, places the bank never did. They help through all the way in the process. Definitely will recommend them.
END_OF_DOCUMENT_TOKEN_TO_BE_REPLACED

Just want to acknowledge the great work done by everyone with my Insurance Claim. Everyone was so helpful and did an amazing job from start to finish. I Highly Recommend this company and would Refer them to anyone.

Very professional company. Dealt with insurance company so much better than we ever could and we got our money with no issue. Well worth the cost

Great experience! Staff was always helpful & they did all of the footwork & my claim payment was more than I ever expected. I would definitely use their services again.